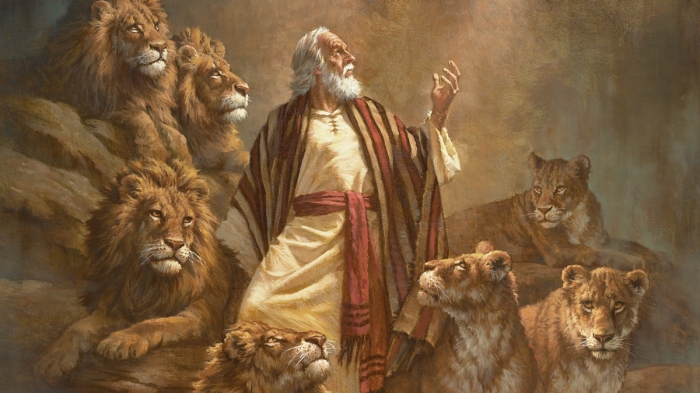 “It pleased Darius to set over the kingdom an hundred and twenty princes, which should be over the whole kingdom.” Daniel 6:1 Daniel was greatly honored during kingdom of Medo-Persia. He was in a very high position. When we are faithful in small areas God will bless us with higher responsibilities. “Then this Daniel was preferred above the presidents and princes, because an excellent spirit was in him; and the king thought to set him over the whole realm.” Daniel 6:3. Daniel had a wonderful character that always stood out. We are to have such a character in the last days as we finish the work that needs to be done, it needs people who are not pushed but doers. We need to depend on Christ that our enemies will not be able to find fault in us except as they point at the way we worship God.

“Then said these men, We shall not find any occasion against this Daniel, except we find it against him concerning the law of his God.” Daniel 6:5 There was one area that they could get Daniel on; it was concerning the law of God. They chose that because they knew one thing about Daniel, that Daniel was not a hypocrite, and that Daniel lived by conviction and principles, that he would always obey the law of the Lord. They thought to them-selves, “Alright, we can‟t find anything politically wrong with this man, therefore there is only one thing left. We know he is going to follow out the dictates of the law of God. We know that! There-fore, we are going to use this against him.” The other princes were spiritually envious of Daniel. In the same way, the ungodly in the last days will be spiritually envious of God’s people. Such people will not be outsiders but other Christians not keeping God’s commandments. Persecution will come from within – from those claiming to be God’s people. Only the “law of his God” would allow them to trap Daniel.

The Princes were trying to find anything against the state. Daniel was Prime Minister, so they looked at all his business transaction, they looked at how he handled his affairs of the state, but they couldn’t find anything wrong. The time is going to come when we will go to the courts, and they will scrutinize us up and down, all over around, not just in our religious beliefs, but how we obey the law of the land; little things in our life. If they had one thing they could get their hands on, they would use it. But they could-n‟t find anything. I believe that when Jesus said „render unto Caesar what belongs to Caesar‟, He meant, “obey the laws of the land.” Now, when the laws of the land conflict with the laws of God, it is obvious you just not obey. That does not mean you are rebellious. You are choosing who to obey; God or men. In reality you are royal and true, the One who is asking you to be royal and true does not belong to them: they are the ones who are rebellious!

Lets us abide in Christ and Christ alone though we may not have many friends on our side or even be left standing alone on one side. We need to dare to be today‟s Daniels and be able to stand and stand firm. As we know the rest of the story, Daniel was cast in the pit of lions but God fought for His servant. Let us remember that God will fight for us, even if it means we need to perish let us be able to say “Let it be so if we perish we perish for the sake of the gospel that gives life”.

May the good and wonderful Saviour Jesus Christ clothe us with His righteousness that we may think and act right.